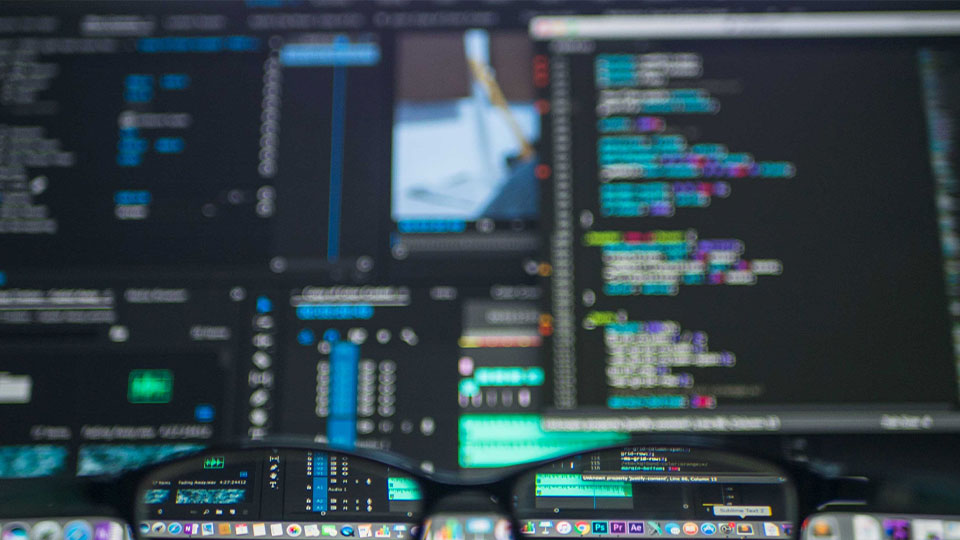 According to the latest data, the post-pandemic economy will be mainly driven by investments in information and communication technologies (ICT). ICT-related job creation could increase by up to 50% in the first quarter of 2022 to eventually overtake even the most orthodox sectors such as the construction sector. There is no doubt that in the longer term, careers related to big data, artificial intelligence, computer programming or other emerging ICT disciplines will be the most in demand – and the most rewarded.

But not everyone sees computer programming in the same way. Mastering the Counter-Strike console is one thing, knowing how to code is another. Likewise, you might know the basics of your PC, but feel completely lost by what you see when you open the box to upgrade your personal laptop’s RAM. Ultimately, computer science, in all its disciplines and domains, will be a critical area of ​​knowledge for the future. And we want to make learning these kinds of skills simple.

Many people these days are intimidated by textbooks or the mere thought of reading a huge pile of written materials to learn something useful. They try to find better ways to get information: by watching YouTube tutorials, reading short guides written by their most trusted homework writer, or playing games. That’s why this article is here to compile a list of video games designed to make even the most clumsy and uninterested in traditional learning lose their fear of computer programming. And not only that, but to have a less tiring way to gain understanding in the computer world. The titles mentioned in this article will arouse your curiosity and even open doors for you in the future workplace if you want to continue learning.

This little simulator is more than a game, it’s a feeling. Nobody could imagine that building a PC could be fun for people who have no idea about hardware. Yet PC Building Simulator does just that, demystifying the construction and customization of computers, using a simplified 3D environment to represent components signed by real-world manufacturers.

With this title, you’ll be able to mount your next PC without fear, even if you don’t yet know how much thermal paste to put on your CPU or where to run your graphics card cables for the best airflow. There’s even a career mode where you become a repairman who has to service dozens of PCs on a schedule. There’s also an eSports extension aimed at creating top-performing rigs within pre-allocated budgets, which you can bypass by performing additional tasks.

Skills you can learn with this game: installing hardware, repairing components, and even the basics of a business.

Human Resource Machine started out as a small independent project from Tomorrow Corporation with no major ambitions, but ended up defining its own niche: visual programming games. Released in 2015, it puts us in the role of an office worker who has to perform all kinds of tedious tasks in his company, which must be performed by moving objects between different departments using a map system that emulates the basics of assembly language.

Some notions of computer programming covered by this video game are opcodes, registers and memory addresses, concepts that are developed in a fun and almost natural way in a title that, at first glance, looks like another puzzle title, but with which you will learn to program without even realizing it.

Skills you can learn with this game: basic concepts of visual programming and assembly language without burning your eyelashes looking at the code.

With a very suggestive visual design, Shenzhen I/O puts you in the shoes of an engineer who travels to Shenzhen (China) to work in an electronics company dedicated to circuit design. As part of your responsibilities, you will have to create the hardware and software required by your customers, solving a series of puzzles that you will have to solve yourself to complete them.

It is a puzzle as pleasant as didactic, with a very well sized difficulty and a simple but attractive graphic appearance.

Skills you can learn with this game: IC design (including a large number of components), Lua scripting, and basic programming skills using an assembly-like language.

With absolutely stunning Steam scores, Exapunks is a game that combines a dystopian post-apocalyptic story with mechanics designed to teach you how to program using opcodes and various ideas inspired by real operating systems. Notions that you will have to master as a hacker since it is up to you to carry out the missions entrusted to you by artificial intelligence in exchange for the money you need to deal with a mysterious virus that threatens to transform you in machine.

Exapunks is notable for having a much higher story component than other programming games, providing a dense and cohesive story rather than just a bunch of puzzles to solve.

Skills you can learn with this game: opcode and general code design.

The creators of Human Resource Machine are back with 7 Billion Humans, a problem-solving game where you must organize a huge mass of workers to solve over 60 levels of puzzles. To do this, you must learn an imaginary programming language created specifically for this game but which maintains the design through the movement of cubes or data cards. It’s great fun, even when you mess up and don’t know what you’re doing.

Skills you can acquire with this game: basic programming notions in an assembler-inspired language.

This is not a programming game like the others. For starters, it doesn’t even have a graphical environment as such. Yet it runs in a stylized command-line interface inspired by fantasies like the movie Hackers and old multiplayer RPG MUDs (multi-user domains), which used text instead of sprites (bitmaps created by specialized graphics hardware).

The plot is evocative and mysterious, making us a hacker who, after escaping from a local network, reaches a strange internet of an alternate future populated by artificial intelligence and other hackers with whom we must fight or ally us, learning new commands with which to launch scripts adapted to each situation. If you ever wanted to feel like the protagonist of War Games or a hacker of CSI, this game is for you.

Skills you can learn with this game: JavaScript scripting.