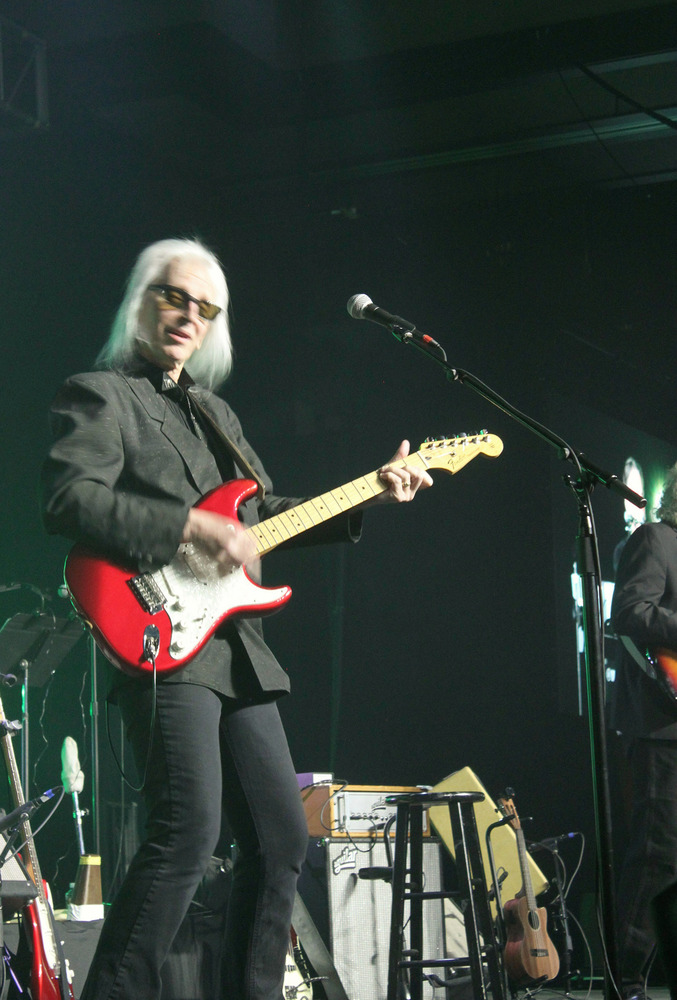 American Pop Concert at Pala Casino – A Night to Remember…

Strobe lights created hazy rays of light as guests entered the hall at Pala Casino and Resort on May 14. It was a night of remembrance for the audience in the crowded concert hall. I was there to reminisce about the late sixties and I’m sure most of the guests came for the same reason.

As we age, one of life’s great joys is to revel in the wonderful music of our youth. Three classic rock bands, the Grass Roots, Box Tops and Buckinghams, entertained a crowd of mostly gray-haired guests. The expressions on their faces betrayed the joy they felt remembering the music of their youth.

The three bands each gave a stellar performance infused with energy. Each group’s sound was slightly different, but each performance was outstanding. The audience had a great time singing along to the hit songs of their youth and reminiscing… An outside observer would have thought the concert was billed as a ‘sing-along’.

The concert brought back memories of those same songs played through my boyfriend’s ’57 Chevy radio or my Emerson transistor radio. I remembered Grass Roots’ 1968 hit ‘Midnight Confessions’ and Box Tops’ 1967 hit ‘The Letter’. Buckinghams’ 1967 hit ‘Don’t You Care’ evoked even more of memories.

The upbeat and inspired concert included these three songs and more! I found myself tapping my foot; and when I scanned the room I saw lots of foot tapping! It was nice to know that I wasn’t the only one with “happy feet”.

The Grass Roots were the first band to take the stage. Even though all the original members of this folk-rock group are deceased, the sound was remarkable. I once had a Grass Roots vinyl record, then I switched to an 8 track cassette, which I still have. However, hearing all of Grass Roots’ incredible hits live was truly a treat.

The Box Tops have two original band members – lead singer, Bill Cunningham, who also plays bass guitar and keyboard; and guitarist and vocalist, Gary Talley. During one of their songs, the screens at either end of the stage projected late sixties photos of the two musicians.

When they sang the “I’m Your Puppet” chant, some in the audience swayed to the beat. The song, “The Letter”, invoked a livelier beat.

The Box Tops’ “Cry Like a Baby” was the second song in 1968. Its soulful, Southern beat made me want to get up and dance!

The latest group to sing, the Buckinghams, has two original members. The song, “Kind of a Drag”, was sung with heart and a lot of emotion. Singer and lead guitarist Carl Giammarese told the audience that it was the song that dethroned the Monkees hit “I’m a Believer” from the top spot in 1967. “Kind of a Drag” went on to achieved gold status.

When the group sang the sweet “This Boy”, the audience was overpowered in respect to this singsong song.

Buckinghams bassist Nick Fortuna played and sang every song with boundless energy. Her ponytail twirled as if it had a life of its own.

Bill Cunningham, left, and Gary Talley are the original members of the Box Tops.

Dave Zane is the ultimate showman. He has been with the Buckinghams for 12 years and appeared on stage with them, but also made an appearance with the Grass Roots. From my front row center seat, I could watch his fingers fly over the guitar strings. He is a lively and extraordinary artist.

Highlighted by colorful strobe lights, each band member performed brilliantly. I had to remind myself that these remarkable performers were no longer in their twenties. When I took that fact into consideration, the performance seemed even more remarkable.

The last note was sung, the strobe lights were turned off, and only fond memories remained. The American Pop concert took audiences back to the 60s, and for most guests it was a wonderful thing.