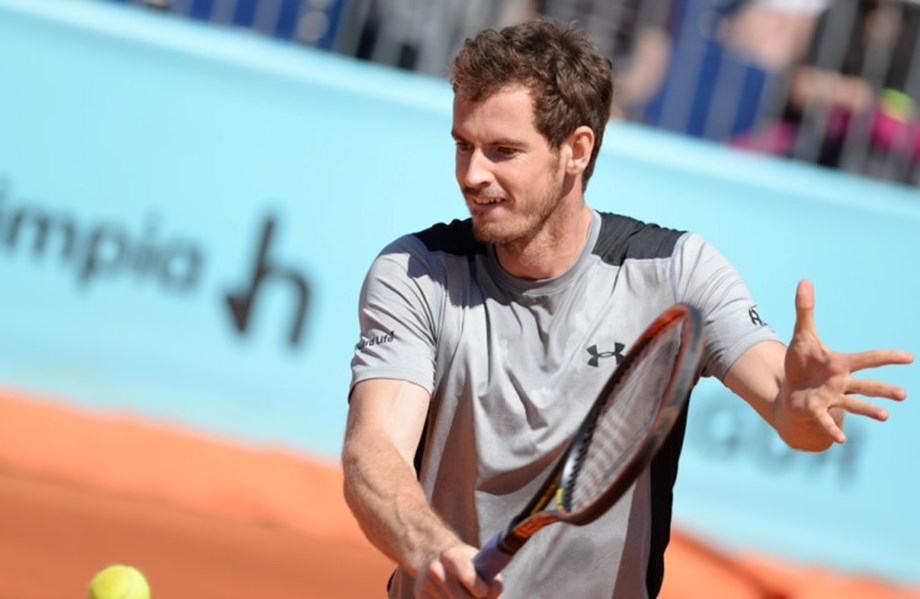 Andy Murray wins in Australia for the 1st time since 2017

The former No. 1-ranked Murray, playing through a wild card invite as he continues his career comeback after hip surgeries and thoughts of retirement, beat 21st-seeded Nikoloz Basilashvili 6- 1 3-6 6-4 6-7 (5) 6-4 on Tuesday to reach the second round at Melbourne Park.

He lost a five-set first-round match in 2019 – a match he and everyone thought was his last in Australia – after missing the 2018 edition through injury. He missed the 2020 tournament due to a pelvic injury and last year’s event due to COVID-19.

“It was three, four difficult years. It took a lot of work to get back here,’ Murray said in his post-match television interview at John Cain Arena, formerly known as Hisense and known as People’s Court. ”I’ve played on this court several times, the atmosphere is incredible. This is the one where I thought I played my last.

“Amazing to be back, to win a five-set battle like that. I couldn’t ask for more.” Murray beat Basilashvili in a three-hour match last week in Sydney, where he reached the final of the tune-up tournament. This lasted nearly four hours.

When Murray, 34, landed his third match point, he turned to the back of the court, closed his eyes and raised his fists in celebration.

After walking to his chair at the edge of the court and dropping his racquet, he returned to the court, punched the air and shouted “Let’s go!” It was Murray’s 49th win in an Australian Open singles match, moving him past Andre Agassi and Ivan Lendl to fifth all-time.

Winning Game 50 is the immediate priority.

“I think there are things in my game that I can do better,” said Murray, who lost the 2010 final to Roger Federer and four more to Novak Djokovic. “I would love to have a deep run here, if possible.

”It’s something I haven’t had in one of the Grand Slams since I came back from injury, and it’s something that keeps me going. Murray wasn’t the only dramatic five-setter who completed early evening Day 2.

Second-seeded Daniil Medvedev, one of the biggest potential beneficiaries of Djokovic’s expulsion, had a much more routine first round.

Nine-time champion Djokovic was already back in Serbia – two days after losing his legal challenge to stay in Australia despite not being vaccinated against COVID-19 – when Medvedev entered the Rod Laver Arena to a 6-1 6-4 7-6 (3) beats Henri Laaksonen.

Aiming to be the first man in the Open era to win his second major title in the very next Grand Slam appearance after his first such trophy, Medvedev joined No 5 Andrey Rublev, No 11 Jannik Sinner , No. 13 Diego Schwartzman, No. 15 Roberto Bautista Agut and No. 27 Marin Cilic in the second round.

No one has dominated in Melbourne like Djokovic, who is unbeaten in the combined 18 semi-finals and finals he has reached at the Australian Open, including last year’s victory over Medvedev for the title.

But Medvedev avenged that with his breakthrough major title at the US Open, where his win meant Djokovic’s bid for a calendar-year Grand Slam ended in victory.

“I like the pressure,” Medvedev said. “I still want to do better than last year, (but) it’s not going to be easy.” It’s something that Leylah Fernandez had to deal with.

The 19-year-old Canadian fell 6-2 6-4 to No. 133-ranked Maddison Inglis in her first Grand Slam match since finishing second at the US Open.

The venue and atmosphere were a far cry from her run to the final against Emma Raducanu at Flushing Meadows. Raducanu was scheduled to play later on Tuesday against 2017 US Open champion Sloane Stephens.

Third-seeded Garbiñe Muguruza meanwhile maintained a perfect streak as she won her first-round match at the Australian Open for the 10th consecutive time, beating No. 77-seeded Clara Burel 6- 3 6-4.

Muguruza, a two-time major champion who was a 2020 runner-up in Australia, will next face French veteran Alize Cornet. Sixth-seeded Anett Kontaveit, a Muguruza runner-up at least last year in the WTA Finals, picked up a 6-2 6-3 win over Katerina Siniakova. Seventh-seeded 2020 French Open champion Iga Swiatek started with a 6-3, 6-0 win over 123rd-seeded British qualifier Harriet Dart.