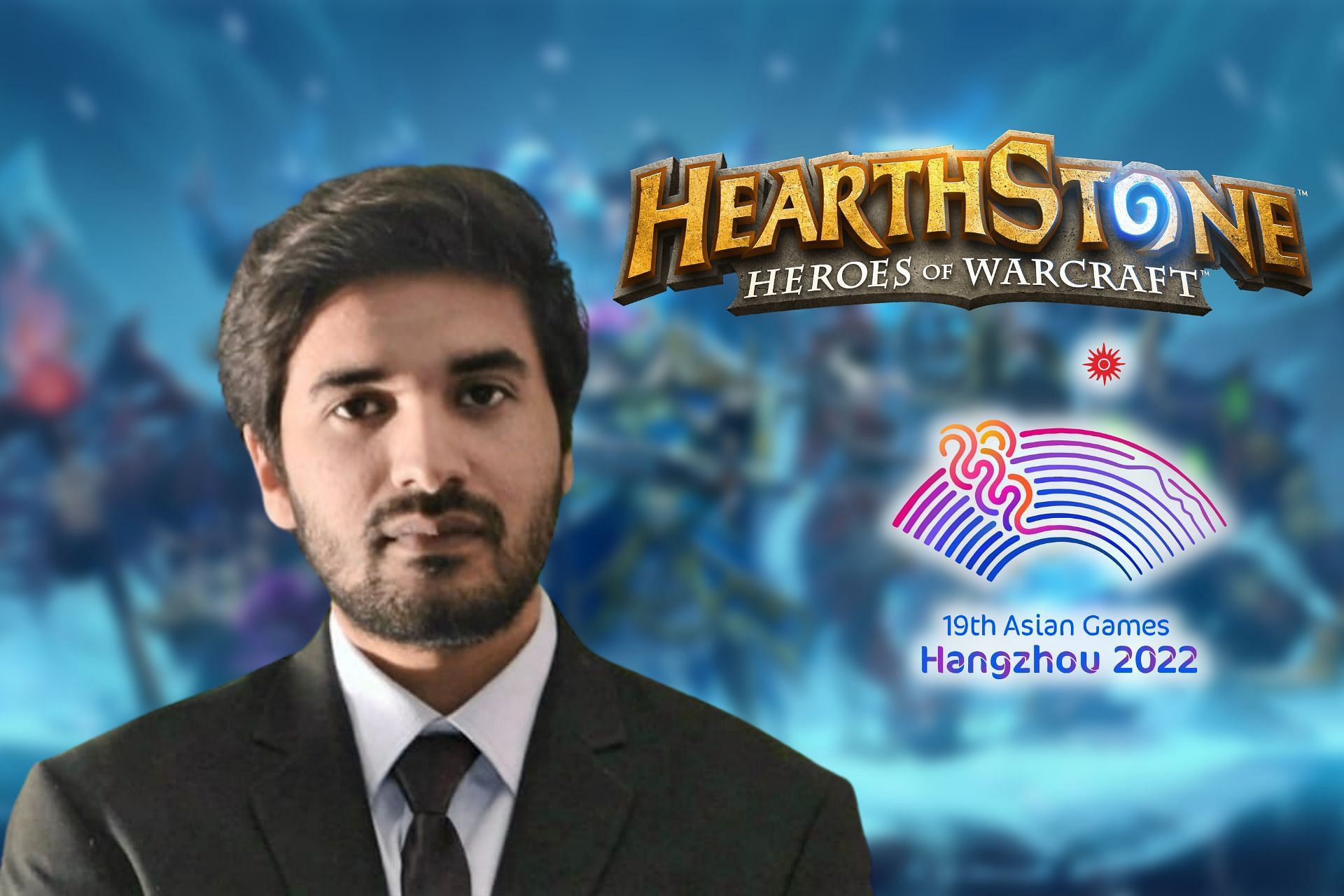 “As esports is now a medal-winning event at the 2022 Asian Games, the popularity of Hearthstone and CCG will increase in the Indian gaming community”: Shikhar Choudhary

Much to the delight of the Digital Collectible Card Games (DCCG) community, Hearthstone is once again one of the games featured in the Asian Games. After Tirth Mehta’s historic victory at the 2018 Asian Games, this year two Indian players, Shikhar Choudhary and Karthik Varma, are all set to represent their country at the next tournament.

Shikhar Choudhary recently won the national esports championship series, securing his place at the 2022 Asian Games which are due to be held later this year. In a chat with Sportskeeda Esports’ Debolina Banerjee, Shikhar talked about Hearthstone, the 2022 Asian Games, and more.

Note: Text has been slightly edited for readability.

Shikhar Choudhary’s take on Hearthstone and the 2022 Asian Games

Q. Congratulations on qualifying for the 2022 Asian Games. What are you most looking forward to from the upcoming tournament to be held in Hangzhou, China?

Shikhar: Thank you! It is a great honor to represent the country on this great stage. It’s also a huge responsibility and I have to prepare myself mentally to deliver my best performances. I look forward to focusing on my games there and supporting other Indian players as much as possible.

Q. Digital Collectible Card Games (DCCG) like Hearthstone and Legends of Runeterra are not as popular as Battle Royale or First Person Shooter (FPS) titles in India. What do you think is the main reason?

Shikhar: The most popular CCG or strategy games have a steep learning curve. Also, people looking to have fun with friends will be more inclined to play battle royale games. FPS titles are packed with action, which attracts more viewers to streaming sites.

Q. How long have you been playing Hearthstone? Did the world of World of Warcraft inspire you to get into this game?

Shikhar: I first played Hearthstone towards the end of 2016. But then I stopped playing for about four years and started playing again last year after the “Forged in the Barrens” expansion.

No, I have never played World of Warcraft. But I love WoW cutscenes, and I’ve seen most of them.

Q. What decks do you swear by in this card game?

Shikhar: In general, tempo decks are my favorite, but I also like playing control decks. I like counters that disrupt the opponent’s hand, for example, Mutanus.

Q. Most Hearthstone players love anime. Are you also in the anime by any chance? What are your favorite manga/series/movies?

Shikhar: I don’t watch anime. In the case of movies (not animated movies), I like the thriller genre and movies with a big climax.

Q. At the 2018 Asian Games, Hearthstone was just a demo event. Now that it is considered a medal event in the prestigious tournament, how will it positively affect the digital collectible card game community in India?

Shikhar: As a medal-winning event in the 2022 Asian Games, the popularity of Hearthstone and CCG will increase in the Indian esports community. It will also attract players in India to the DCCG with a reason to compete.

Q. Tirth Mehta was the only Indian to bring back a medal in the Esports category of the 2018 Asian Games. Now that you are one of the players who have this opportunity, what is your goal for the tournament?

Shikhar: Tirth pulled off a tough feat at the 2018 Asian Games. I certainly have some really big shoes to fill. My goal for the tournament is to give my best in every match. I will strive to do my best for the gold medal.

Q. The 2022 Asian Games will welcome players from all over the world to give their best in their respective games. Which professional players are you watching in the tournament?

Shikhar: All players will be the best in their country. East Asian players are at the top of their game and will be the toughest opponents.

Q. The 2022 Asian Games are still more than five months away. How do you plan to work on your gameplay over the next five months so that you can prove your worth to the esports and gaming community in India?

Shikhar: I need to invest my time in understanding the different archetype matches as the meta evolves. I have to play the game with a tournament-oriented mindset, and I should also observe and analyze tournament matches between top players to understand the different perspectives of a particular match.

Q. Do you think the Indian gaming community will host more Hearthstone tournaments if the game gains popularity after the 2022 Asian Games?

Read also
The article continues below

Shikhar: Definitively! The 2022 Asian Games will also provide exposure to the esports segment in India and Hearthstone. This will increase both the intertwined factors: the number of players at the competitive level and the gaming tournaments.