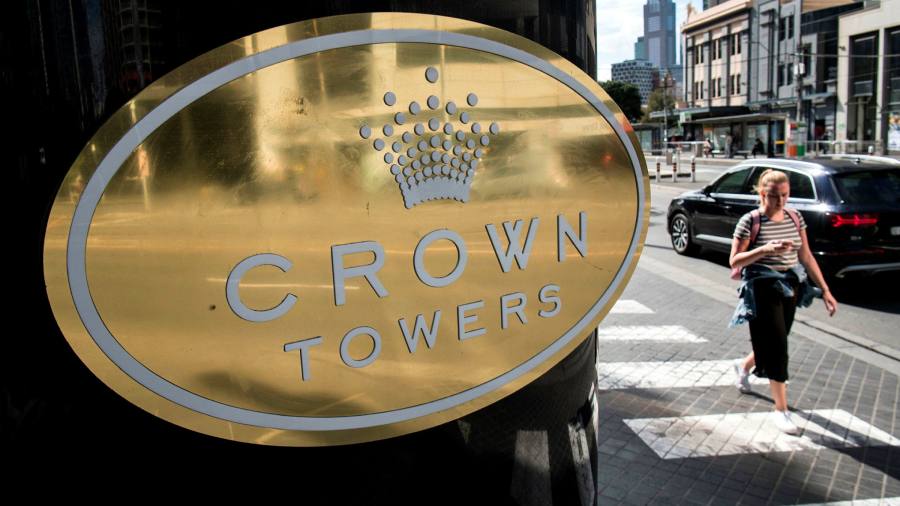 Crown Resorts has agreed to enter into exclusive takeover talks with Blackstone after the US investment firm sweetened its offer to buy the Australian casino operator to around A$8.9 billion ($6.5 billion). US dollars).

The revised offer values ​​Crown at A$13.10 per share, or A$0.60 more per share, or around A$1 billion in total, compared to an earlier proposal made by Blackstone to buy the business backed by Australian billionaire James Packer in November.

Blackstone’s latest offer follows several attempts to convince the Australian company’s board to accept an offer.

The deal highlighted global investors’ interest in Australian assets despite the Covid-19 pandemic. The market has been one of the busiest for mergers and acquisitions over the past year, driven by cheap financing and private equity targeting listed assets including telecom operators, airports and funds themselves. This has seen the value of transactions reach record highs.

Crown has been the subject of a bidding war since May between Blackstone and Star Entertainment Group, a small rival casino that has been pursuing a merger.

Star withdrew interest in July when Australian authorities said Crown could potentially lose its gambling license following an investigation into money laundering charges. That threat was lifted in September after the investigation was completed and Star expressed interest in reviving its A$12 billion merger proposal.

Blackstone will complete its due diligence in the coming days. If it decides to make a binding offer at no less than A$13.10 per share, the offer will be accepted unanimously by Crown’s board, the Australian company said.

“It is the current unanimous intention of Crown’s board of directors to recommend that shareholders vote in favor of the proposal in the absence of a superior proposal and subject to an independent expert concluding (and continuing to conclude ) that the proposed transaction is in the best interests of Crown shareholders,” the company said.

The deal is Blackstone’s latest in the casino business, after the private equity investor agreed in 2019 to acquire the property assets of the Bellagio Hotel and Casino in Las Vegas from MGM for $4.25. billions of dollars.

Blackstone, which already owns 9.99% of Crown, decided to buy the whole company after Australian regulators decided last year that Crown was not fit to operate a new 2.2 casino. billion Australian dollars in Sydney due to concerns about money laundering and poor corporate governance.

Packer, who owns more than a third of the company’s stock, resigned from Crown’s board in 2018, citing mental health issues. A government-commissioned inquiry has since said he must stop “maneuvering operations from a distance” in the interests of the company.

Sign up here to receive Due Diligence, the best stories from the world of corporate finance, straight to your inbox Tuesday through Friday

Bongo’s Bingo is back with new dates in Blackpool