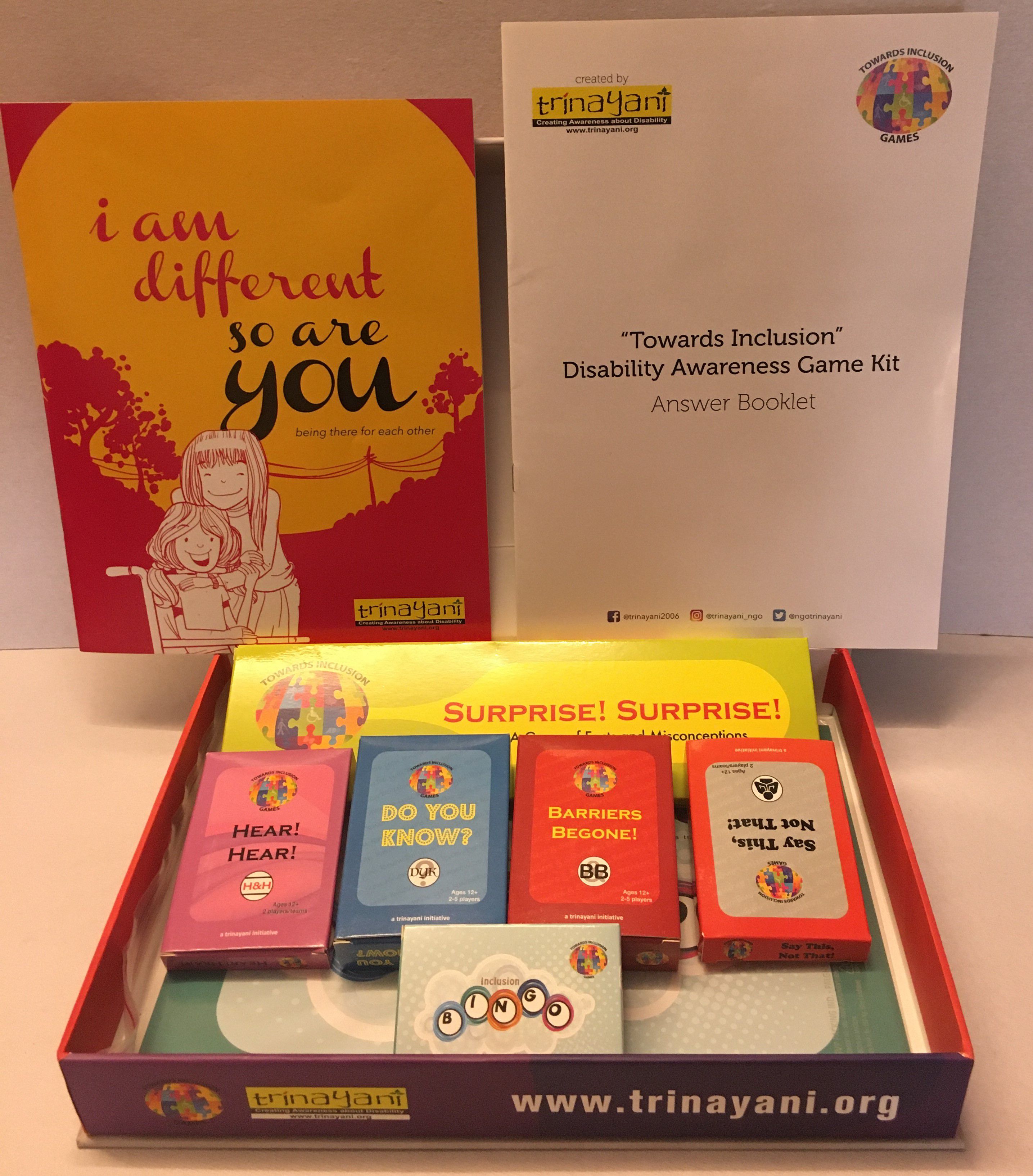 One response that the founder and administrator of the non-profit organization Trinayani in Mumbai, India heard was that the white cane used by the visually impaired was “just a stick”, while some participants thought that people with sight problems needed “study hearing aids”.

â€œA person who may be physically disabled is often assumed to be intellectually and cognitively [unable], too much. People trust their physical appearance and, in the case of people with disabilities, these mistaken assumptions can potentially affect their life and progress, â€she says.

Still, Sahni isn’t exactly surprised by people’s perceptions. â€œWhen that doesn’t happen to you, you’re not interested. It’s natural, no [a] fault.”

While things slowly change for the better when it comes to awareness and acceptance, disability remains a taboo subject in many parts of the world. In India, for example, determined people usually exist on the fringes of mainstream society.

In her quest to raise awareness, especially the younger generation, Sahni collaborated with Padma Shastry, inclusive education specialist and founder and director of Samam Vidya in Bengaluru, to design Towards inclusion.

The first of its kind Disability Awareness Card Game Kit is both entertaining and educational.

The kit includes six decks of cards, a story-style workbook titled I’m different, so are you and an answer booklet. It took Sahni and his team more than two years of research to finalize the design of the game, which was released in May, with funding from the German Consulate.

The game can be played independently by people over 12 years old, while younger people can interact with it under the guidance of a teacher or parent.

It’s a non-threatening way to reach people. It’s about telling stories and telling a different story than the one you know

Ribhav Kapaganti, 16, from Mumbai, was part of the pilot study and found it “fun and educational” to play.

â€œI generally think the vocabulary I use is quite inclusive; I don’t use derogatory or insulting words. But unknowingly or accidentally, I might use words that might hurt someone. But the game Say this, not that! taught me some words that I can use and others that I shouldn’t, â€he says.

Surprise! Surprise! is a collaborative game where players store cards on disability and inclusion based on facts or misconceptions.

For example, there are cards with statements such as “Disabled people give birth to disabled children” and “Wheelchair users cannot drive cars”, and players have to decide whether this is true or false. .

The barriers are disappearing! is a correspondence card game in which players must identify appropriate solutions to a specific obstacle encountered by a specific person, using clues. For example, the â€œDifficulty reading wordsâ€ card can be associated with the â€œAmplified wordsâ€ solution. Solution cards also explain the concept they offer in detail.

Towards inclusion promotes sensitivity around handicap, while the win-lose formula makes it as exciting as any other competitive game.

Sahni believes the best way to spread a message of inclusion is through games, plays, or movies, since the average person is drawn to creative pursuits, she says.

â€œIt’s a non-threatening way to reach people. It’s about telling a story and telling a different story than the one you know. We try to change perceptions, but no one will listen if we are not interesting.

She says that since the majority of the population is not disabled and most decisions are made by them, it becomes imperative to be aware of the possibilities for determined people.

“Not knowing the full story of [differently abled] people leads to discrimination against them. [The differently abled] are like everyone else, in that each person has abilities. Keeping up to date, knowledgeable, and informed makes a person more inclusive and better.

The Towards Inclusion kit costs 1,500 Indian rupees ($ 20), plus shipping. Trinayani also runs online workshops for 5,500 rupees for schools around the world; trinayani.org

6 fun and easy card games everyone should know