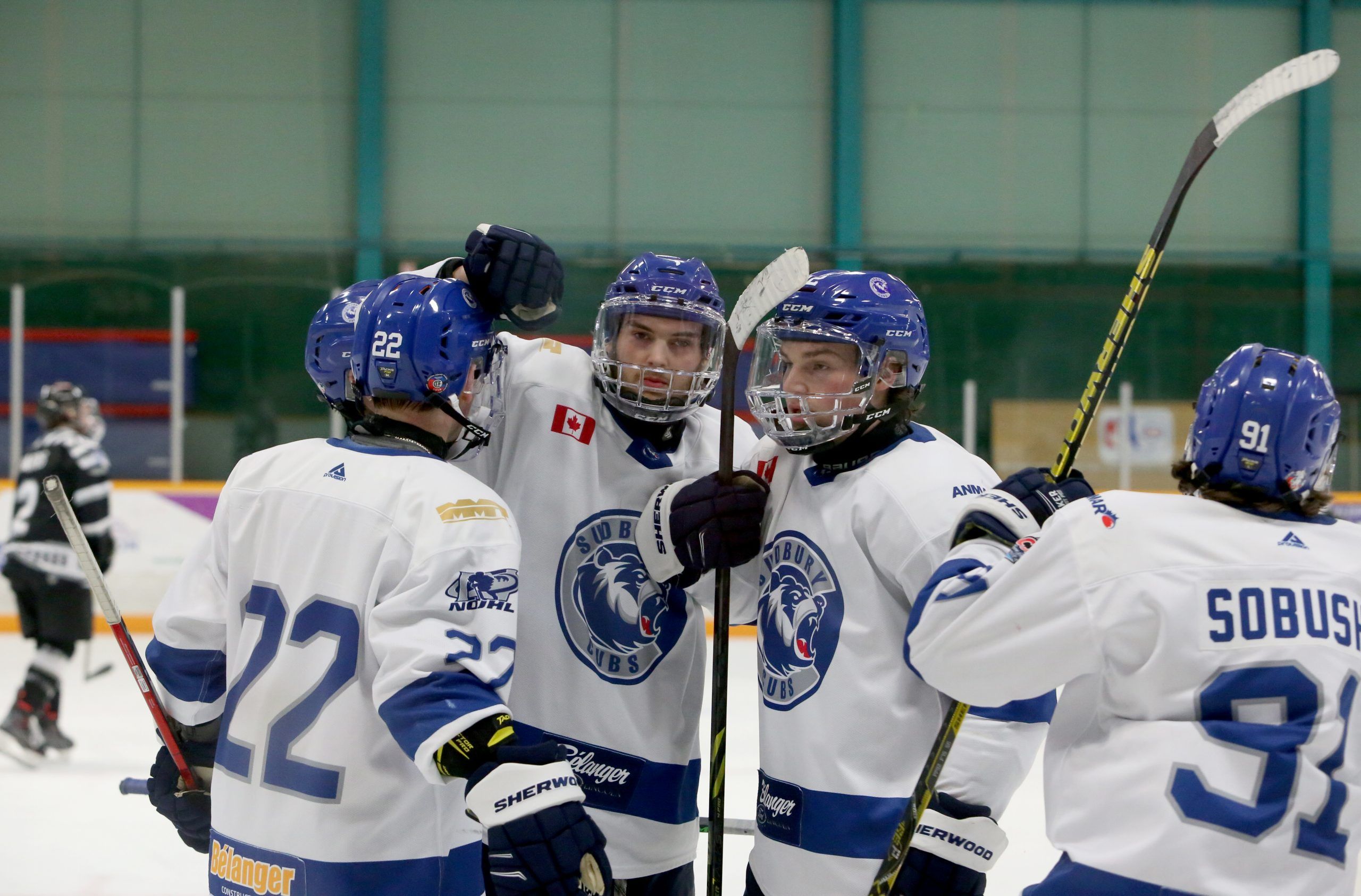 Cubs look to #TapeOutHate in back-to-back games this week

The Greater Sudbury Cubs will mark Black History Month by taping their sticks with the Hockey Diversity Alliance’s #TapeOutHate hockey tape, starting with home games this Thursday and Friday and continuing through the rest of the month of February.

“The Cubs condemn all forms of racism and support the HDA in its quest to make our hockey culture safer and more inclusive,” the Cubs said in a social media post.

“Together we can end racism, not just in hockey, but in the world.”

The special tape, created by the HDA in conjunction with Budweiser, is available at Canadian Tire stores across the city, with $1 from each roll toward the Alliance’s mission to eradicate racism in hockey.

The Cubs will host two of the NOJHL’s top teams this week, hosting the Powassan Voodoos at the Gerry McCrory Countryside Sports Complex on Thursday and the Hearst Lumberjacks on Friday, both at 7:30 p.m.

The Voodoos are led by Rodion Tataranko, the 17-year-old Russian sensation and North Bay Battalion prospect who has scored 15 goals and added 19 assists in 28 games. Michael Levin, the younger brother of former Sudbury Wolves star forward David Levin, is next on the team with 14 goals in just 15 games. Young Levin is a prospect for the OHL’s London Knights.

The Lumberjacks’ visit to Countryside on Friday will be their only Nickel City appearance this season. Hearst is the highest scoring team in the NOJHL this season, with 154 goals in 33 games, averaging 4.67 per outing. The Lumberjacks are led in scoring by 17-year-old rookie forward Robbie Rutledge, who has 26 goals and 19 assists in 32 games

Friday’s game will be sponsored by Topper’s Pizza, and one fan will win a $100 gift card.

Admission will be limited to those who show proof of vaccination and a QR code, printed or on their phone. Masks and social distancing will also be required. A maximum of 400 fans can attend the venue.

Admission is $10 for adults and $5 for fans 18 and under or 65 and over. Children 12 and under are admitted free when accompanied by an adult.

The Cubs entered the second half of the regular season schedule last week with a 7-2 win over the Espanola Express and a 6-2 loss to the Soo Thunderbirds. Pierson Sobush led the way against Espanola with a goal and two assists and was named the game’s first star. The Cubs outshot the Express 32-23.

The following night, the T-Birds took a 2-0 lead and never looked back. Newcomer Josh Boucher scored his second goal in as many nights for the Cubs, while Kyler Campbell scored his 23rd of the season. The shots favored the T-Birds by a count of 32-18.

A preview of what’s to come at Soaring Eagle Casino & Resort!