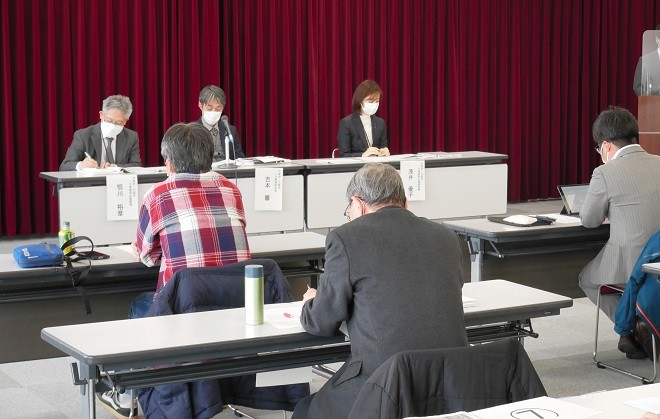 Osaka’s plan to develop a casino-centric integrated resort on a man-made island in Osaka Bay has raised concerns among residents that they could end up bearing a heavy financial burden for a project. that favors specific companies. Osaka prefectural and municipal authorities must address these concerns directly.

Four public hearings have been held so far to give people an opportunity to voice their opinions and question officials about the project.

Many who attended the hearings feared the planned resort would fuel gambling addiction and related issues like debt traps and family breakdowns. Asahi Shimbun editorials have repeatedly warned that casino projects carry such risks. Residents have also expressed fears over the start of the massive development project when there is no end in sight to the COVID-19 pandemic.

Another issue raised was a plan to use 79 billion yen ($686 million) of public funds to support the project.

The IR would be located in Yumeshima, an artificial island exposed to the risk of soil liquefaction. A group of Japanese and American companies selected to invest in the resort have asked the Osaka municipal government, which owns the land, to take action to resolve the issue. At the end of last year, the local administration promised to cover all the costs of measures against liquefaction and soil contamination.

There is no precedent for a city to bear the costs of measures to prevent soil liquefaction in reclaimed land. Osaka Mayor Ichiro Matsui and Osaka Prefectural Governor Hirofumi Yoshimura, who are working in tandem with the city to promote the project, have ruled out using public funds for the resort. Naturally, the about-face surprised and angered many citizens.

The mayor maintained that taxpayers’ money will not be used as the costs will come from a special account based on revenues from the landfill project. He also promised that public funds would not be used for IR facilities. These are just lame excuses that make no sense.

During the hearings, many residents criticized the way local authorities responded to their concerns.

The IR Development Act obliges local governments to hold public hearings for any IR project they promote. Only a short period of time elapsed between the announcement of the hearing schedule and the end of the application deadline to attend the demonstrations. Each participant had only five minutes to speak.

In a related development, 11 meetings scheduled to explain the project to local residents were canceled after the seventh session due to soaring COVID-19 cases. No possibility was offered to participate online in the hearings and explanation sessions.

Prefectural and municipal authorities have highlighted the economic benefits of the project. They predict an annual revenue of 106 billion yen from casino entry fees and operator payments. They also claim that the complex will generate 1.14 trillion yen in overall economic benefits for the local economy. But these projections are not supported by solid data or estimates.

Two local referenda have been held regarding measures to administratively reorganize the city of Osaka into a metropolis like Tokyo. There are now growing calls for a referendum on the IR project. This would seem to indicate a lack of confidence in the way local governments push their policy initiatives, based on the sloppy way in which they have explained their plans and responded to local concerns.

In Wakayama Prefecture, where authorities are also seeking to hold an IR in Wakayama City, residents collected more than the required number of signatures to demand the mayor pass an ordinance to hold a referendum on the project. But the city assembly rejected the proposal.

An IR project serves as a litmus test of how local government chiefs and assemblies respond to the concerns of local residents in their administrative jurisdictions. This is a challenge also faced by the prefecture of Nagasaki, another candidate to host an IR.

From big game hunting to banning bingo: here are 10 weird laws still in place in Pennsylvania.