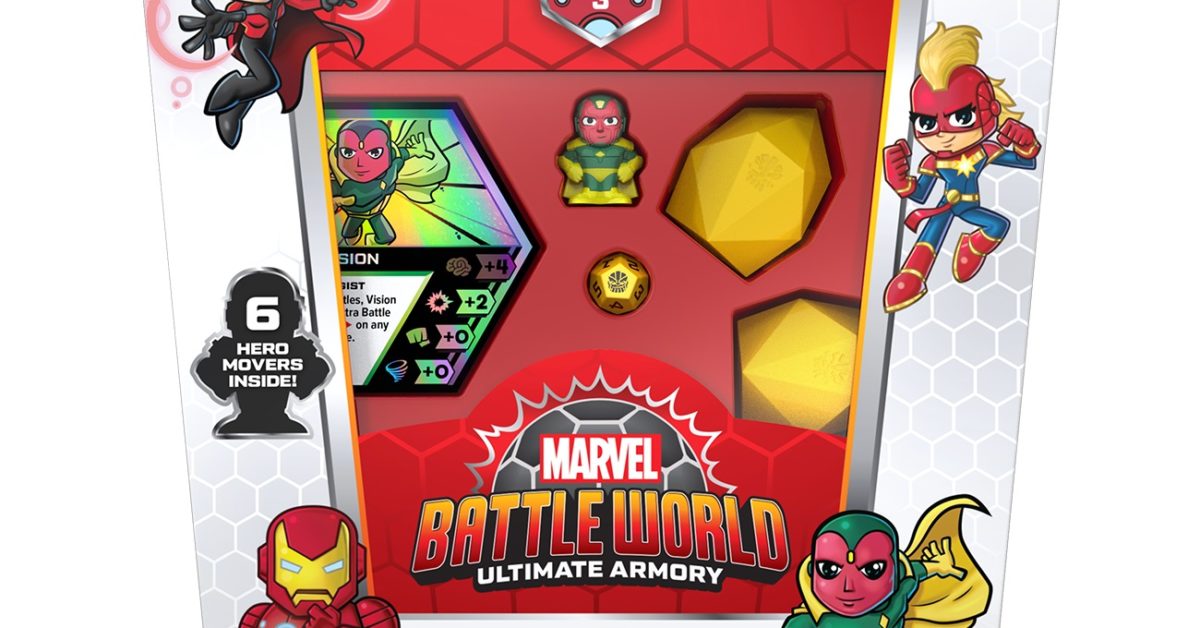 Funko Games has released a brand new addition to Marvel Battleworld: Ultimate Armory as they released the numbers and additions for series 3. This new set brings some new locations that you can play in as you get both Technopolis and Monster Metropolis. They are also adding over 30 new Hero Movers to collect, some of them are brand new heroes and some are variants of previously released heroes. Another addition to Series 3 is a new gameplay element as you will be able to pick up the Armor Token. These tokens can be used to make any battle you find yourself in a bit more interesting as you will be able to help the heroes create more powerful attacks, but the difficulty of the challenge is increased. The set is sold exclusively at Target as a Battleball or Mega Pack, the difference being that the smaller Battleball contains a mysterious Hero Mover while the newly redesigned Mega Pack will give you four new Hero Movers, including a Vision Hero (Classic) exclusive. Or, if you’re lucky, a Spectral Vision Chase variant.

Choose your favorite hero, save your friends and win battles to defeat Thanos! Battleworld is a revolutionary, cooperative, expandable, and collectible adventure game featuring dozens of characters from across the Marvel Universe! Players can open the mysterious Thanostones during play to reveal the mysterious character inside for a constant sense of surprise and delight! Series 3 introduces us to brand new locations, battles, and exciting new game mechanics that will continue to challenge players and test their strategies!