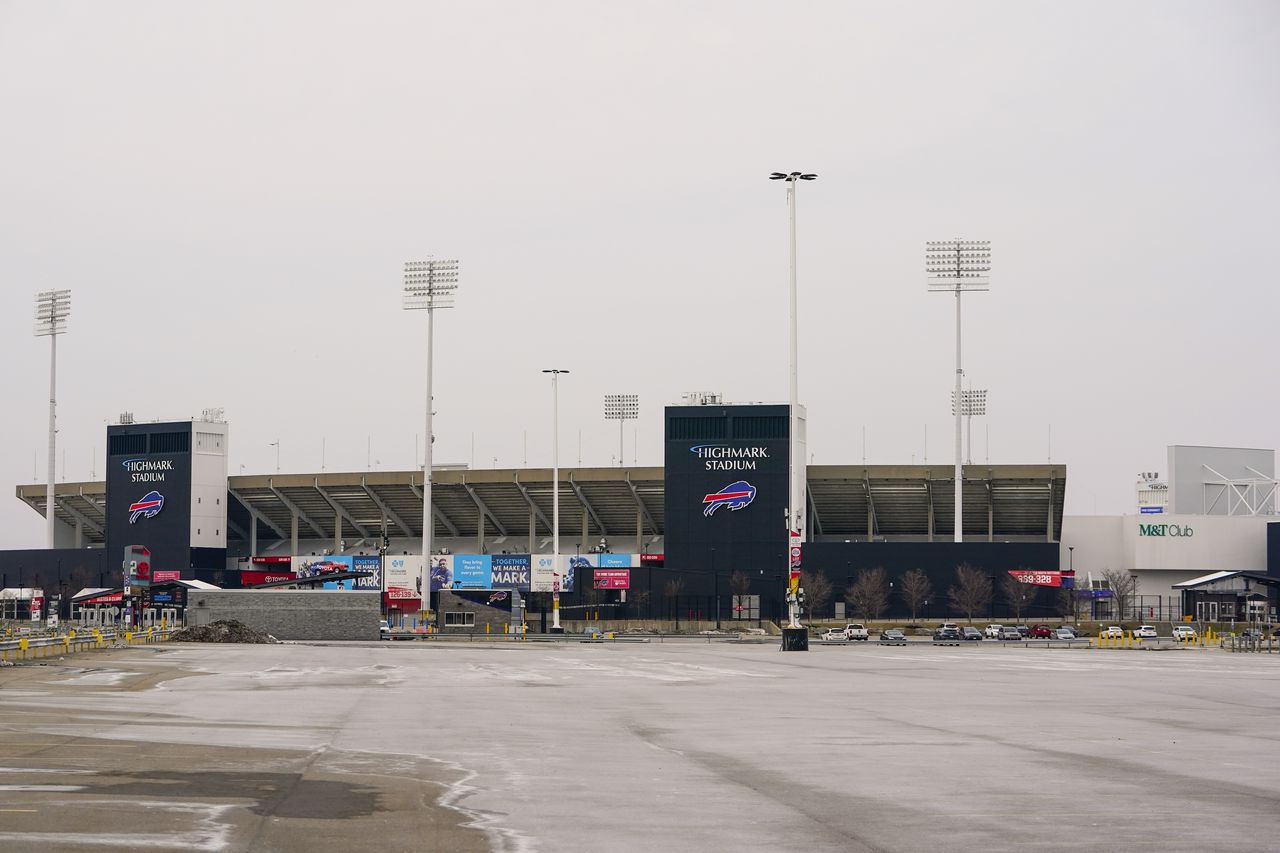 This week, Governor Kathy Hochul won a long-running battle with the Seneca Indian Nation over more than $500 million in casino revenue payments.

Now she wants to use most of that money to help offset the state’s share of a new stadium for the Buffalo Bills.

Hochul is proposing to put the state’s share of casino payouts — $418 million — toward the $600 million the state would contribute to the $1.4 billion stadium that will be built next to the current home. of the Bills at Orchard Park.

The deal is to be negotiated in the new state budget which is due on Friday. The proposal leaves another $182 million of the cost of the state stadium to come from other revenue sources. Erie County is expected to contribute an additional $250 million to the total cost of the stadium, leaving the rest to the Pegula family, owners of the Bills.

“These funds (casino payouts) were generated in Western New York, and I’m directing the state’s share of more than $418 million toward the new Buffalo Bills stadium.” , Hochul said in a statement. “This will ensure the Bills stay in New York State and support 10,000 construction jobs. The remaining funds will go directly to counties and cities in Western New York and will be reinvested to support the economy and local communities.

The Senecas this week paid the state $564.8 million to settle the five-year-old legal battle over revenue from its casinos in Buffalo, Niagara Falls and Salamanca. This came after Hochul froze Seneca bank accounts in an effort to force a resolution.

Of that total, $418 million goes to the state itself, while the rest goes to the host communities of the three casinos.

The Senecas had put that money in escrow beginning in 2017 after claiming they were no longer required to pay 25% of their casino slot and video lottery revenue to the state.

The Senecas argued that the obligation to make the payments expired at the end of 2016, according to their interpretation of the existing gambling pact between the country and the state. The state disagreed, and arbitration boards and state courts have consistently backed the state party.

After paying the arrears to the state, the Senecas said this week they still want Hochul to negotiate a new gambling pact in the future.

Hochul’s plan to use taxpayer money to fund about 60% of the Bills’ stadium drew criticism from Democrats and Republicans across the state.

U.S. Representative Thomas Suozzi, a Democrat from Long Island who is running against Hochul for governor this year, said he supports the idea of ​​a new Bills stadium, but that it could be built without the New Yorkers “disburse their taxes to help a billionaire donor get even richer.

“I love the Bills as much as anyone, but this is outrageous,” said Republican Sen. Mike Martucci, who represents a district in the Catskill Mountains and Hudson Valley. “Republicans are often criticized for being friends with billionaires. What would you call that? »

Hochul, a native of Western New York, cited the intangible benefits of having professional sports in Buffalo.

It “goes to our identity,” she said on Monday. “We’re known around the world for being the home of the Buffalo Bills, and it’s part of our local psyche, and it makes us so proud,” Hochul said, adding, “it’s not quantifiable.”

The new Bills Stadium is planned to be built across from the current Highmark Stadium. It will be an open-air arena with approximately 60,000 to 62,000 seats.

Everything you need to know: Crypto Bingo

Can you stop wage garnishment with debt consolidation?