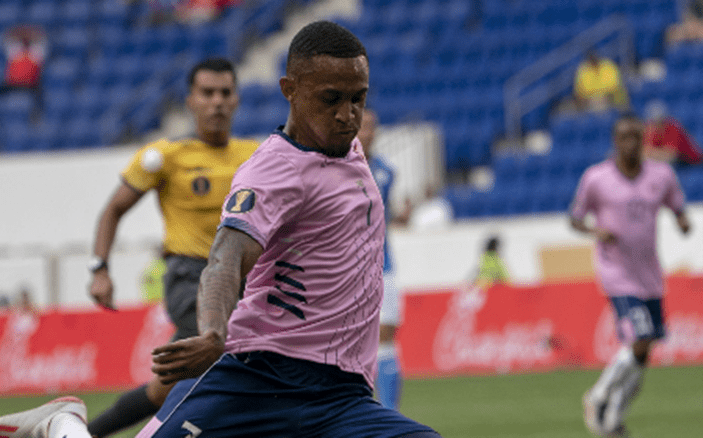 Following insults from a visiting Jamaican referee and the withdrawal of local officials, the Bermuda Football Association had to postpone Sunday’s matches.

Referee Steffon Dewar, appointed by the Royal Gazette newspaper, was abused by Devonshire Cougars players and fans as home side Cougars runners-up beat rivals Devonshire Colts 3-1 in a a Premier Division game at the Devonshire Recreation Club on Saturday night . The win came despite ending the match with just nine men.

The volley of abuse came when the referee left the field at the end of the match after handing second-half red cards to national team players Lejuan Simmons and Drewonde Bascome.

Simmons, a 63rd-minute substitute, was given walking orders for using foul and abusive language towards the referee after he questioned his yellow card in the first minute of stoppage time when he dismissed the ball. During his protests after the final whistle, Simmons had to be restrained by his teammates. Bascome was sent off in the 50th minute for retaliation.

Officials were also poured alcohol from the upper balcony of the clubhouse as they made their way to their locker room.

The decision was taken early on Sunday by the Bermuda Referees Association to withdraw the service of match officials, a decision which impacted two Premier Division and First Division games.

An email sent by the BFA confirmed that the games had been postponed, but it has so far issued no statement on Saturday night’s match.

Bermuda football has been hit by a shortage of officials with numbers dwindling, forcing many games to be postponed or rescheduled.

An anonymous official said: “We have lost nine officials at this time; it’s very, very bad. You can figure it out by the number of games that have been postponed each week for the past month.

“We can have enough to run three games; anything more than that, and everyone starts doubling up.