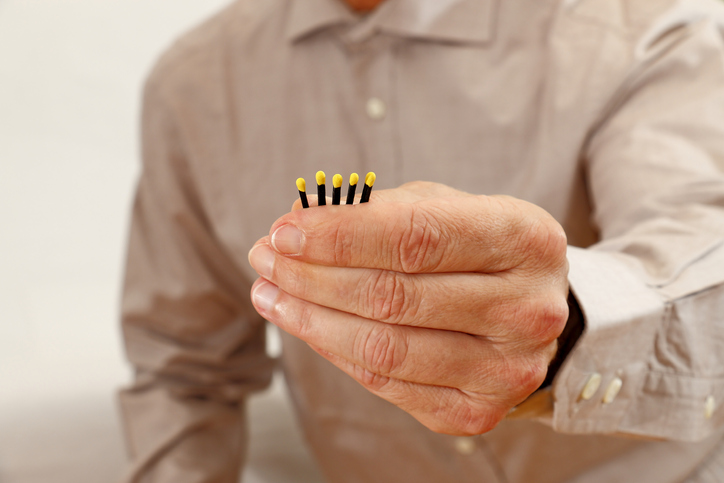 Lotteries are the fairest route to bias-free hiring

Lotteries have an unfairly bad reputation. When someone says “it’s a lottery” who gets a particular job, it means the selection is unlikely to be made on merit and is therefore unfair. And in many real-world scenarios, they would be right to express such doubt; capacity is rarely the sole driver of appointment decisions. What if lotteries were the least bad solution? Members of a selection committee do not need to be overtly sexist to unfairly discriminate against female candidates, for example. They just have to subconsciously associate men with competence and leadership (positive bias) or women with motherhood and disruption (negative bias). Academia is never free from this problem.

It is therefore clear that eliminating the influence of unconscious bias is an important part of building greater equity in academia. Lotteries could be one way to do this. After all, lotteries are characterized by the fact that each participant has a truly equal chance of winning. This is why the ancient Athenians used them to decide which citizens would serve as magistrates. That is why medieval italian city-states used them to appoint officials and leaders. And that is why in many countries lotteries are still used to decide who serves on juries in criminal trials.

But what about the equity objection? If Lady Luck smiled at a clearly unqualified candidate, would that be fair? Would it serve anyone’s interests?

It wouldn’t. But this scenario could be avoided by limiting shortlists to candidates who meet the job requirements. In this way, meritocracy is retained, except that the merit is in being screened, not in getting the job.

For many, this reframing of merit still goes against the belief that the best candidate should get the job. But it’s important to remember that under current hiring practices, the “best” candidate is judged subjectively by people with unconscious biases. Lotteries prevent the influence of these biases.

Of course, if a lottery-based recruiting approach were adopted, recruiting teams would need to pay close attention to the screening process. Random selection can only give an unbiased result if the sampling pool is unbiased, so the shortlist should also be free from bias. This could be achieved by instituting equity or diversity standards for shortlisting, for example by ensuring that half of shortlisted candidates are women. This would ensure equal chances for a man or a woman to get the job.

But how would this provision work in areas where applicants tend to be predominantly male or predominantly female? In this case, the size of the shortlist should be limited by the limiting gender. For example, if a recruiting team wanted to create a shortlist of 10 people, but the low number of female applicants meant that only two women would be accepted – with, say, eight men – the final shortlist could be reduced to four. candidates. : the two best women and the two best men.

Another way to achieve gender equity in appointments would be to embrace affirmative action and hire only the best female candidates for vacancies until their numbers in the workforce are gone. equal to that of men. Some universities took this approach in an attempt to quickly correct gender biases. A lottery works the same way – albeit half as fast – but with a greater sense of fairness for all contestants.

If lottery hiring could finally balance the ladders in academia for women and minorities, the effects could be far-reaching. If you know a position will be decided by lottery, you may be more likely to apply, which could be particularly encouraging for underrepresented groups. It’s also likely that when chance decides your fate, repeated failures aren’t that hard to bear. If you don’t get the job, it’s just bad luck – it’s not because of who you are or what someone subconsciously thinks you are. Such a change could help foster a fairer and more collegial university culture.

As a postdoc who happens to be male and white, I desperately want a level playing field. I want to be sure that my professional achievements are not just the result of the unconscious biases of a hiring committee. It’s grossly unfair that the odds have been in favor of people like me for so long, and that needs to change. Lottery hiring could be our ticket to true equal opportunity.

Nathan Burke is Alexander von Humboldt Postdoctoral Researcher at the Institute of Zoology, University of Hamburg.