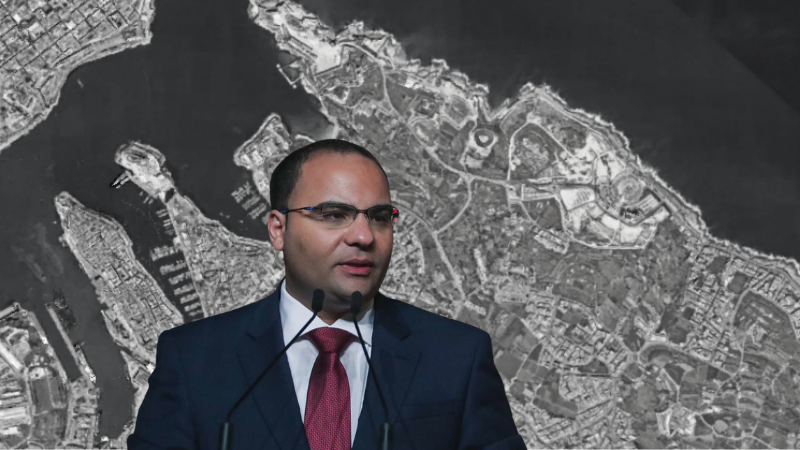 The majority of funds allocated through the Social Causes Fund, which disburses money from gambling taxes and unclaimed lottery prizes, was diverted last year to constituency organizations where the Minister unelected Finance hopes to win a parliamentary seat.

An analysis by The Shift of the €900,000 in public grants distributed last year through the Social Causes Fund – better known as the National Lottery Good Causes Fund – shows that some €250,000, or 30 % of all grants awarded in 2021, were awarded to organizations in the second constituency.

The Fund, which falls under the political influence of Clyde Caruana, has distributed substantial funds to organizations such as music clubs and religious societies, usually frequented by many locals and considered essential for a budding politician rapidly gaining popularity.

Information submitted to parliament shows that approximately €30,000 has been paid to the Fgura Feast Commission for the renovation of its premises, while the football club in the same locality has received an additional €50,000 to modernize the club’s ground.

Zabbar, which is also part of the second district of Caruana, received €50,000 so that its music club Maria Mater Gratiæ could build a small theater while the parish church in the same locality received €15,000 to finance the restoration of its bells.

Although Caruana does not officially intervene in the selection of projects benefiting from these grants, the fund is administered by a committee of three representatives appointed by the Minister.

Currently the fund is chaired by Mario Cutajar, the controversial civil service leader who until a few years ago was also employed by one of the Labor candidates in the second constituency (Glenn Bedingfield), Jonathan Cardona, a close aide to the disgraced prime minister. Minister Joseph Muscat and Mark Farrugia, currently the former Labor leader’s state-funded personal assistant.

Over the years, the fund has been frequently criticized for its lack of transparency and subjective allocation of funds. It has also been criticized by both the Labor and Nationalist parties for its use by incumbent ministers to curry favor with various organizations in their own constituencies.

The fund is also used for outright donations, although to a lesser extent. In 2021, some €90,000 was allocated to the Malta Community Chest Fund, while Senglea Parish, also in the Minister’s District, received a donation of €5,000 for undisclosed purposes.

NEXT GENERATION LOTTERIES, A POLLARD TICKET COMPANY, AMONG THE FIRST TO ACHIEVE WLA-SCS:2020 LEVEL 2 CERTIFICATION

‘Privilege Bingo’ in Fairfax Co. class meets controversy for including being a military child – NBC4 Washington