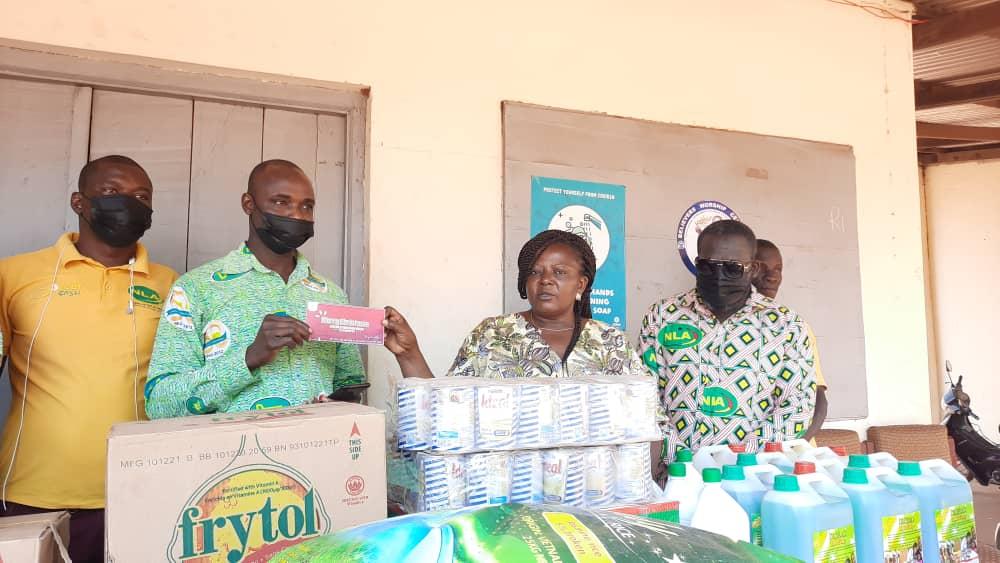 As part of its support, the NLA has also started repainting the dormitory at the Tamale Children’s Home to restore it to good repair and will also provide tables and chairs for the children of the home to use.

Mr. Senney Quacoo Buame, NLA Northern Regional Accountant, who led his colleagues to present the articles on behalf of the NLA, to authorities at Tamale Children’s Home in Tamale on Friday, December 31, 2021, said he was part of the of the NLA efforts to extend support to the less privileged in society.

Mr Buame praised the new NLA Director General for initiating the donation, saying: “Although several years ago the Authority used to extend its arms to some people less privileged members of society, there has never been this colossal display of love across the country, as we have seen this year (2021).

The new CEO has created a unit at the NLA, called the Good Causes Foundation, dedicated to directly sharing part of the Authority’s wealth with society as part of its corporate social responsibility.

He said: â€œThis show of love for humanity has started with the staff since the arrival of the General Manager, Mr. Samuel Awuku. He started this move by introducing a super social protection system for workers. “

He said: â€œFor more than 12 years, the NLA staff has never benefited from any form of promotion from one level to another. Even though Mr. Awuku was the youngest general manager of the NLA, he without any hesitation promoted all deserving staff up 12 steps on the promotion ladder to cover the years lost without promotion.

He added that â€œhe also ensured that bonuses and increased Christmas packages were offered to staff. Under his good leadership, all divisions that existed within the senior management and all staff prior to his arrival have been completely erased. “

Mr. Buame hoped the items would be put to good use for the benefit of the children in the household.

Ms. Janet Boahemaa Ansu, Director of Tamale Children’s Home, who received the items, expressed her gratitude to the NLA for this gesture, saying it came at the right time to meet the children’s needs.

Ms. Ansu said that currently there are 40 children in the house.