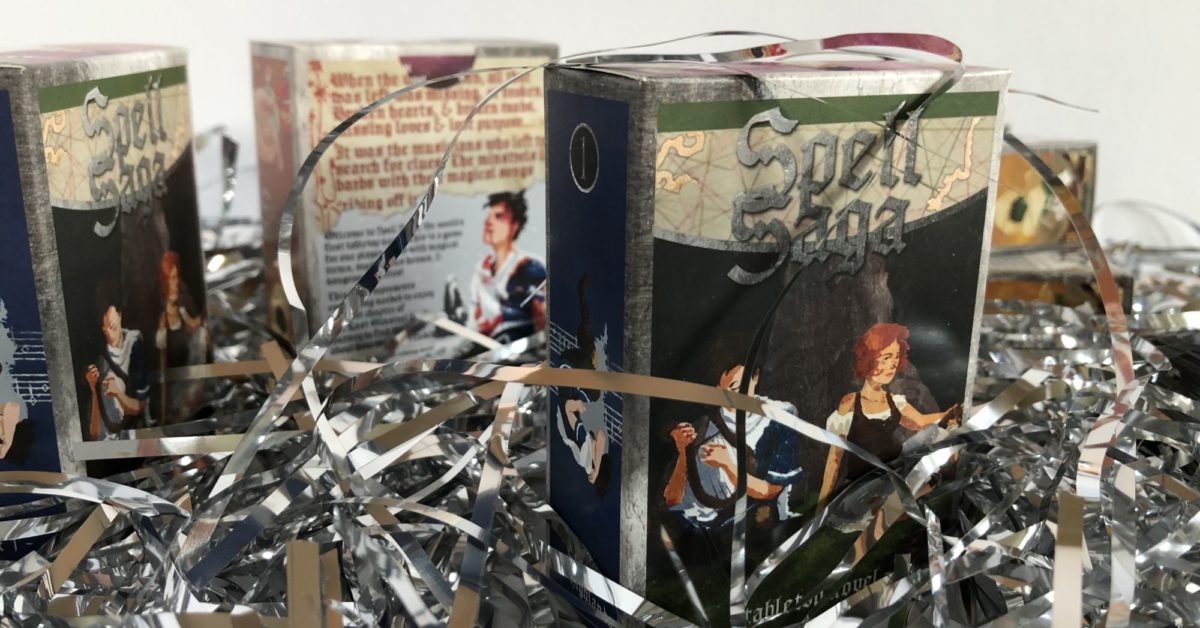 Once in a blue moon, a table game is produced which is not intended for more than one player at a time. Games like this, similar to Solitaire, are intended to provoke critical thinking and analysis in the player, rather than a competitive spirit. But what happens when a solitaire table game aims to elicit an emotional response from the player? Enter Spell saga, a game newly developed by SUBHEATHEN Publishing. This card game brings this idea to life both by renewing the critical spirit necessary for Solitaire and by soliciting emotions like many role-playing games of our time.

Created from scratch by cousins Todd Michael Rogers and Lauren Rogers, Spell saga is a whole new kind of game; a “table novel”, if you will. This game itself is set in the aftermath of an apocalypse and is billed as a post-apocalyptic fantasy western. One player will take on the role of â€œThe Last Minstrel,â€ a character central to the overall plot of the setting, and earn allies in other hero maps while solving the mysteries of what brought the End of Days.

It is mentioned that it may take a little while to get the hang of the game – around ten turns, according to the game’s blurbs in their press info – but once that’s done, the game is supposed to go a lot smoother. Also, since this game could go in any direction with a simple action or a card draw, the potential for endless possibilities is very present.

At the end of the day, it stands to reason that in these times, where people are becoming more socially isolated than ever, a game where players can play solo to accomplish something is very appealing. We hope Spell saga up to its potential! Spell saga can be purchased and downloaded here.