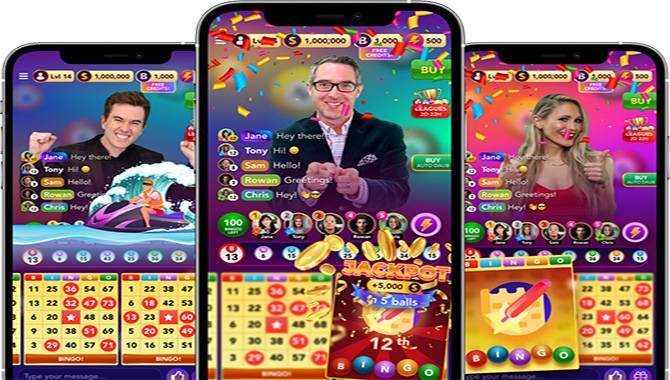 A new social gaming platform developer claimed it had become the first publisher to launch a 24-hour live-hosted social casino game with its first title, Live Play Bingo; the social bingo app merged with a live game show, exclusively on mobile devices, offering a combination of TV formats with real human bingo hosts (25 to be exact, broadcast from London-Hollywood studios).

The app will aim to capture market share in the $ 7.7 billion social casino market, initially focusing on the Bingo category.

In the 12 months ending in the second quarter of 2021, the Live Play Bingo market grew by 22% as the Covid-19 pandemic saw the numbers increase as the social casinos category grew by 28%. As some statistics show, American consumers spend more time using apps on smartphones and tablets than watching live TV.

The company raised $ 2.4 million through a funding round; the company was founded by Stuart Lewis-Smith, director of mobile games and veteran of online games, alongside Geremie Camara, director of digital entertainment and games. The company’s goal is to create a positive space for millions of people to connect and play mobile games together.

Stuart Lewis-Smith, CEO and Founder of Live Play Mobile, said, â€œWe are building a new category by combining the best of social, live streaming and linear TV experiences while simultaneously delivering our vision to enrich the lives of players with real interactions in our games.

â€œOur initial traction proved the capabilities of the model and the platform, which positions us well for the production of additional proprietary games and enables various other third-party live experiences for our partners. “