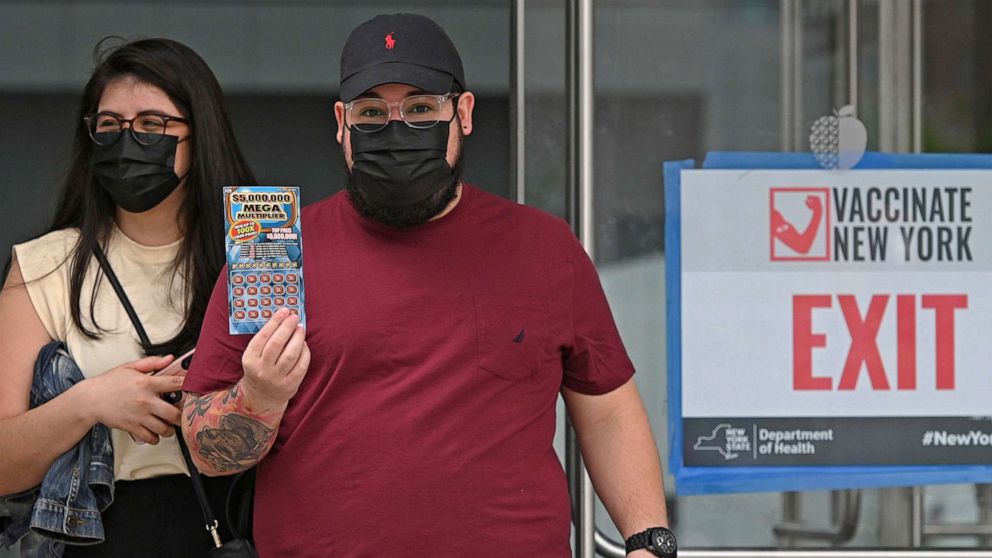 At least 19 states have offered prizes of up to $ 5 million.

During the spring and summer, at least 19 states – including California, New York, Ohio, and West Virginia – attempted to entice unvaccinated people to get vaccinated, offering prizes in cash, free tickets, guns, college scholarships and trucks.

However, research from the Boston University School of Medicine found that some of these prices had little or no effect in convincing residents to get vaccinated against COVID.

For the study, published in JAMA Internal Medicine, the team compared vaccination rates between 15 states that offered lotteries with cash prizes and 31 states that did not offer lotteries between May 24, 2021 and July 19. 2021.

Data for daily first-dose rates are from the United States Centers for Disease Control and Prevention.

The study found that about four weeks before the lottery was announced, lottery states were vaccinating an average of 225 per 100,000 people with their first doses.

Immediately after the announcement of the lottery, the rate increased by 1.1 per 100,000 people.

However, by the fourth week after the lottery, the rate had fallen to less than 100 per 100,000 people receiving their first strokes.

The trend was similar among US non-lottery states, which saw lower rates almost mirroring those seen in lottery states.

The vaccine lotteries were initially considered a success after reports that vaccination rates had risen dramatically, such as in Ohio, where authorities said they saw a 55% increase in vaccinations for young adults at the sequel to the state’s Vax-A-Million lottery.

However, it appears the increases were likely temporary.

A limitation of the study is the small number of states analyzed. Since the researchers only looked at 15 states with lotteries, small increases in vaccination rates may not have been detected.

The team insists, however, that the results are solid and that more research should be done on vaccine incentives that work.

“This study did not find evidence that vaccine lottery incentive programs in the United States were associated with significantly increased rates of COVID-19 vaccination,” the researchers wrote.

A previous Boston University study found similar results when researchers looked at Ohio, specifically comparing vaccination rates one month before the lottery started – April 15 through May 12 – and one month after the announcement of the lottery – from May 13 to June 9.

“Free to move forward” with the Vigo casino; Full House drops the lawsuit