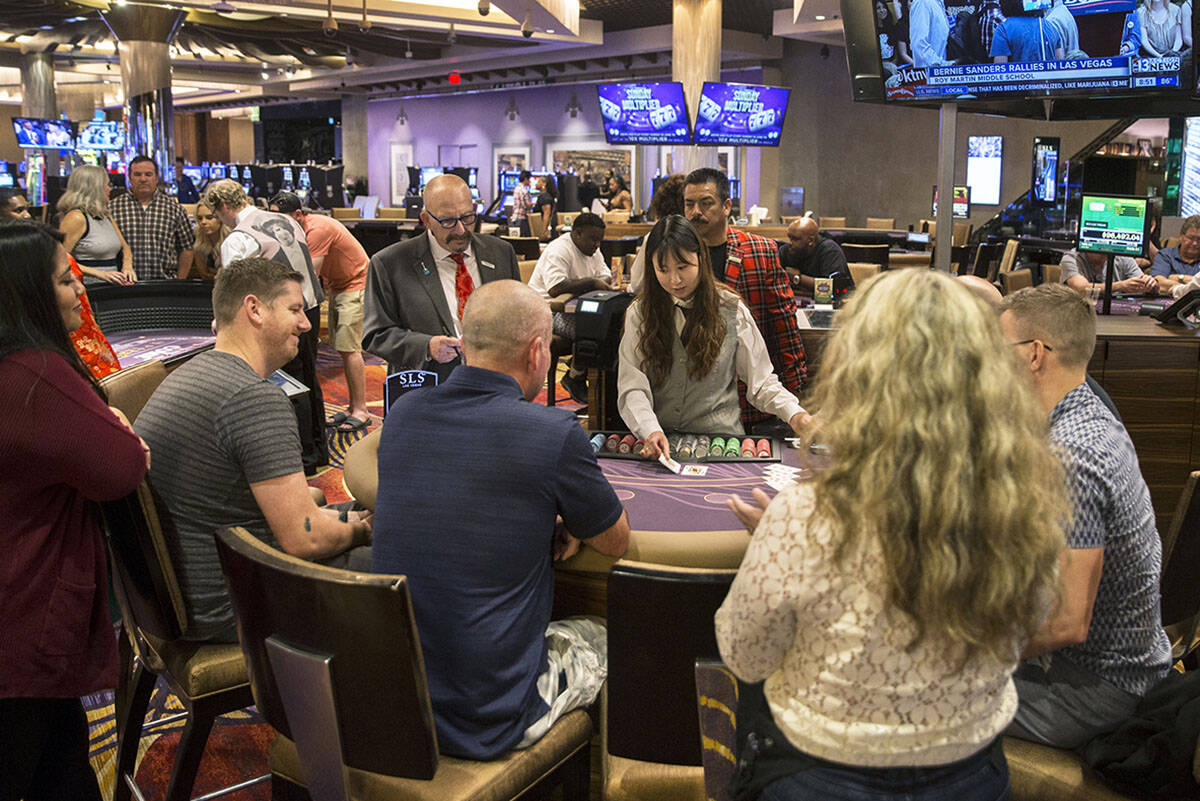 Which casino games bring home the most money?

When the Nevada Gaming Control Board announced Thursday that the more than 400 largest casinos in the state gained more players in 2021 than in any year in history, it also revealed which table games and which Slot machine denominations had won the most for the house.

It’s no surprise that blackjack continues to be the most popular table game in the casino, but game #2 is something of a revelation: roulette.

Even with new variations of the game that include more double and triple zeros, the 424 roulette units statewide raised $428 million, a 103% increase over last year. . Roulette held by casinos was 19.87%.

“Tables and slots showed a different mix than we’ve seen in previous years,” said Brendan Bussmann, director of government affairs for Las Vegas-based Global Market Advisors. “Part of this is due to the current customer’s preference and enthusiasm for different games and level of play. One of the biggest increases was in roulette, which could be due to a host of reasons, including customer preference and new versions of double and triple zero playing a role.

The state’s 1,958 blackjack tables — by far the largest segment of table games — won $1.13 billion from players for the calendar year. That was 75.8% more than casinos earned a year ago. The blackjack tables won 14.1% of the amount of bets wagered.

The amount of money held at a table or by the slot machine is considered gross gaming revenue for the casino, and is the amount that is taxed by the state and paid into the general fund.

In the first half of the 2021-22 fiscal year, through Wednesday, the state collected $570.8 million in percentage fee collections paying for a host of public services. Gaming tax collections increased by 31.1% in the first six months of the 2020-21 financial year.

Casinos also pay unit fees as part of their license.

The Control Board monitors gambling winnings on table games and slot machines by market. Statewide, payouts on all slots increased by 0.25% and on tables, by 0.65%. The slot machine winning percentage has only decreased three times in the last 25 years.

So if you think slots are getting a little more “tighter” you’re right, although with such a low percentage increase and the high volume of slots revenue the change should be imperceptible to the average player.

There has been a little movement in the other direction on some games in the Southern Nevada markets.

Slot machine winning was down 0.17% in Laughlin. The table game winning percentage was down 0.34% in Downtown Las Vegas and 0.44% in North Las Vegas. The most significant year-over-year change occurred in Mesquite, where the table gain in this market increased by 1.31%.

Back to slot machine denominations and table games. So, given the numbers, which games should you consider playing to potentially get the most bang for your buck?

The worst bet by the numbers was previously rated slots with 9.85% hold and popular quarter slots, which casinos held 8.04% of 3,568 units statewide.

At the tables and other games the casinos would like you to play 3 card poker where the casinos held 31.53% of the amount wagered. The state’s casinos won $106.8 million on 174 3-card poker units statewide.

What could be the best bet for the player? Good old sports betting, where casinos kept 5.46% of the money wagered in 2021. The state books earned $445.1 million from the 176 places in operation. Sports betting revenue increased by 69.4% compared to the previous year.

Craps, a game generally considered to have a better edge than most other table games, won $407.7 million from 319 tables, a 54.4% increase over last year. The casino win percentage was 15.37% for the year.

The outlook for the future is bright, Bussmann said.

“This banner year shows Nevada’s strength as a play state and a destination,” he said. “While we are still not back in 2019 in many ways, the game has had a year of resounding success in 2021.”

The strong results show that the Strip and downtown Las Vegas have even more upside potential, Bussmann said, noting that international businesses and customers have yet to return.

“While caution should be exercised as economic forces continue to put potential headwinds on gaming revenue, there is still room for growth as these segments have yet to recover to their levels of growth. ‘before the pandemic.