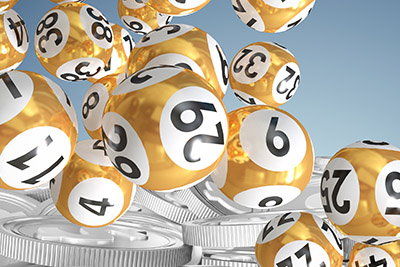 Which lotteries donate the most to charity?

Lotteries have been organized in the United States for several centuries. Initially, their main objective was to finance the areas for which the allocated funds were insufficient. Nowadays, a certain amount of money from the purchase of lottery tickets is also donated to charity.

These donations are sent to various funds: educational, research, medical, aid to the elderly and the poor, etc. An interesting fact is that famous universities such as Harvard and Yale were built for the lottery money.

In the United States, the percentage of money donated to charities varies by state and brand of lottery. Traditionally, lottery funds in each state have been used in different ways, depending on the prevailing practice: for education (as is the case in Florida and California), health care, aid programs seniors (in Pennsylvania), environmental protection (in Arizona), sports support (in Maryland), cultural events, military veteran assistance (in Kentucky). In Georgia, lottery funds are used to pay for tuition and full board for all excellent students.

Recently, â€œincidental lotteriesâ€ have become increasingly popular. Essentially, they are the same as regular lotteries and can be run by various commercial and non-profit organizations. These lotteries are created to raise funds for charitable causes. All money received from the sale of lottery tickets goes exclusively to charity

The funds from the sale of Powerball lottery tickets are distributed among the states. The majority goes to the financing of public initiatives, but also a rather important part (around 19%) goes to charities. Of course, the state government decides what kind of charitable contribution to make.

For example, in North Dakota, Kansas and Texas, lottery funds are donated to improve addictions funds. In Pennsylvania, all lottery proceeds go to seniors. In Nebraska, the funds are used for wildlife conservation and pollution control.

Another important and no less popular lottery than Powerball. As with any other major lottery, 50% of ticket sales go to the state, which decides where to invest the money. If you factor in statistics, about 21% of ticket sales for this lottery are donated to charity. According to official lottery data, approximately $ 28 billion was donated to charities during its period of existence. Mega Millions money goes primarily to education and research funds.

Since its creation in 1971, this lottery has been involved in financing the elderly. According to the founders of the lottery, about $ 1 billion is donated each year to the state’s Senior Citizens Fund.

Over the life of the Pennsylvania Lottery, approximately $ 31 billion has been allocated to charity. In addition to providing for the needs of the elderly, money is allocated for discounts on rental housing for the poor, free preferential transport services and the like.